Feeling spontaneous? It’s never too late to book a trip. Here’s our pick of the best last minute flights to Malaga...Estimated lowest prices only. Found in the last 14 days.

Places to stay in Malaga 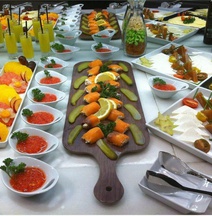 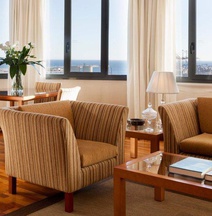 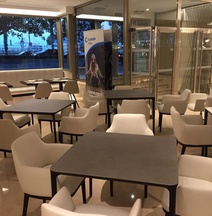 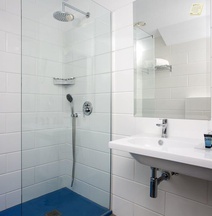 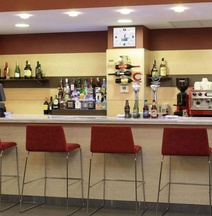 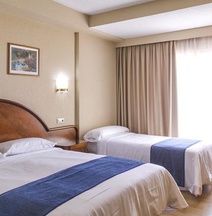 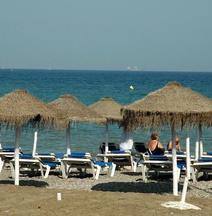 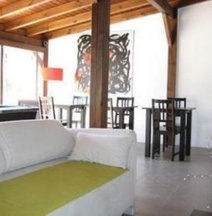 Flights from Glasgow to Malaga

Airlines that fly from Glasgow to Malaga

From Glasgow-International: Glasgow's main airport only has one terminal, but the departure lounge has a great range of shops and places to eat. All of the usual airport shops are there, such as WHSmith and Boots, but there's also a good range of high street shops too. You don't need to fly on an empty stomach: whether you're in the mood for a beer and a burger or a coffee and a sandwich you'll find something to suit your tastes. The Upper Deck Airport Lounge is perfect if you want a little extra luxury, while kids can blow off some steam in the soft-play area. There's also 30 minutes of free Wi-Fi throughout the terminal.

From Glasgow-Prestwick: With only two shops, one bar, and one restaurant, you would be forgiven for thinking that this Ryanair hub is a boring airport. Actually, it's the only place in the UK ever visited by Elvis Presley. There's a plaque commemorating his short stopover, and the airport bar has been named after the King in tribute. Passengers can also enjoy two hours of free Wi-Fi, and if you're at the airport with kids they'll enjoy the Play Zone.

The arrivals hall is in Terminal 3. Bus stops, taxi ranks and the train station can be found outside. Buses to Marbella and Estepona leave from Terminal 2, while Express Bus A into Malaga leaves from Terminal 3. Single tickets cost €3* (about £2.20). Trains into the centre of Malaga cost €1.40* (about £1.25). Longer distance trains to Fuengirola, Benalmadena, and Torremolinos also leave from the airport train station. There's a taxi rank outside each terminal. Car hire at Malaga Airport is a popular choice, with rental desks inside every terminal.

You need a valid passport to fly to Malaga from Glasgow, and it needs to be valid for the duration of your holiday. We recommend giving yourself plenty of time at the airport: arrive no later than 90 minutes before your flight is due to depart. Budget extra time if you're checking in luggage or travelling during school holidays.

What to expect in Malaga

The currency used in Malaga is the Euro (€). Although most people speak English, it's a good idea to learn a few Spanish phrases before you fly. Friendly words like hola (hello), adios (goodbye), por favor (please) and gracias (thank you) can make a big difference. Malaga is a lot cheaper than Glasgow: you can get a three course dinner for two for about £22*. It's also a lot hotter. Remember to keep hydrated, wear plenty of sunscreen, and wear a hat during the day.