Feeling spontaneous? It’s never too late to book a trip. Here’s our pick of the best last minute flights to Los Angeles...Estimated lowest prices only. Found in the last 14 days.

Places to stay in Los Angeles 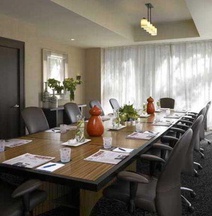 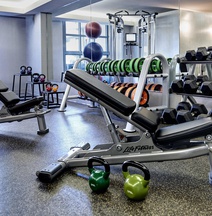 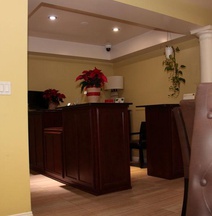 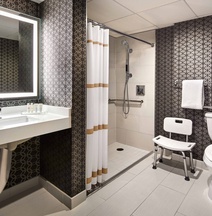 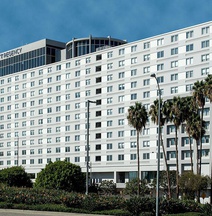 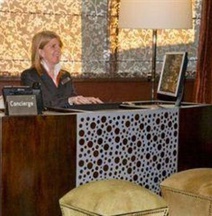 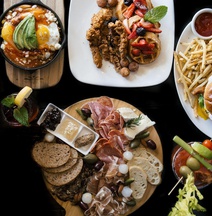 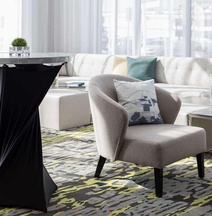 Airlines that fly from Manchester to Los Angeles

Thomas Cook Airlines is the only airline currently offering direct flights from Manchester to LA. Indirect flights are available through numerous airlines such as KLM and Delta (via Amsterdam), Air France (via Paris), and Virgin Atlantic and British Airways (via London).

Thomas Cook Airlines depart from Terminal 1. As you're flying outside the EU you can make the most of tax free shopping in the likes of Biza Duty Free, Monsoon and Fat Face. The departure lounge also has a WH Smith and a Travelex, for those last minute essentials. Restaurants include Giraffe, Cafe Balzar and Bar MCR. KLM and British Airways flights leave from Terminal 3. Shops in this terminal's departure lounge include Biza Duty Free, Dixons Travel, Accessorize and Boots. Places to eat include fast-food joints like Upper Crust, coffee shops like Caffe Nero and Costa, and Italian restaurant Trattoria Milano. Both terminals have one hour of free Wi-Fi and an Escape lounge.

Flights from Manchester usually land at the Tom Bradley International Terminal. Every terminal at LAX is served by ground transportation, with taxi ranks and bus stops at each one. The LAX FlyAway bus connects the airport with Downtown Union Station, Hollywood, Santa Monica, Van Nuys and Westwood. If you would rather take a local, slow bus, you will need to take Shuttle C from the airport to the LAX City Bus Centre. We only recommend doing this if you already know your way around the city and know exactly which bus to take. If you want to take the underground, hop on Shuttle G. Car hire is available at LAX airport, with most of the big brands based off-site. They provide free shuttles for customers.

We recommend arriving at Manchester Airport around two hours before your flight is scheduled to depart, but always check your flight status by checking arrival and departure times from Manchester to Los Angeles before traveling to the airport. British citizens need a valid passport to fly to the USA. The USA has a visa waiver programme for Brits who are visiting for less than 90 days, as long as the visit is for tourism, visiting family, some business reasons, or just passing through. If you're planning to work in the USA you will need to speak to the American consulate. The visa waiver is not available to people who have been arrested, or have visited Iraq, Iran, Sudan or Syria since 2011. If in doubt, speak to the embassy.

What to expect in Los Angeles

Los Angeles is eight hours behind Manchester and the currency is the US dollar ($). Los Angeles has a much warmer temperature than Manchester. During the summer you can expect an average temperature of 22°C and during the coldest month (January) the temperature sits around 13°C. Los Angeles experiences more than 300 days of sunshine per year, so you'd be pretty unlucky to encounter any rain.